Template for Spirit Pages. Any category marked Optional may be left blank, or ideally omitted entirely. Any parameter with a # should start with a 1, and increase incrementally as needed.

Unless otherwise instructed, do not include wiki markup or links.

, then draw them inland". Likes the interior to be dangerous, full of

Has better-than-average potential for containing Invaders and setting up a zone safe from Explores, but the coasts may get messy while doing so. 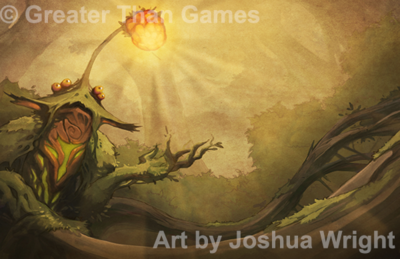 HOME OF THE ISLAND'S HEART
Your

may only be added/moved to lands that are Inland.

ENTHRALL THE FOREIGN EXPLORERS
For each of your

during the Ravage Step and any Ravage Actions.

FORSAKE SOCIETY TO CHASE AFTER DREAMS

After this Power replaces pieces with

: Gather any number of those

into your lands. If target land has any

If this Power destroys any

.
If this Power destroys 5 or more

Important note: If playing as Lure of the Deep Wilderness, you start the game with these Unique Power Cards in your hand.
0

Gift of the Untamed Wild 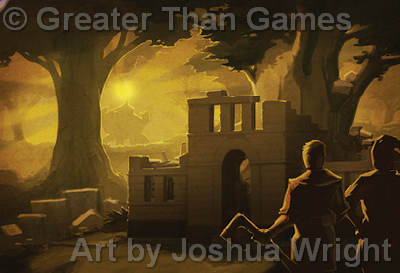 Target Spirit chooses to either:
Add 1

to one of their lands.

Perils of the Deepest Island 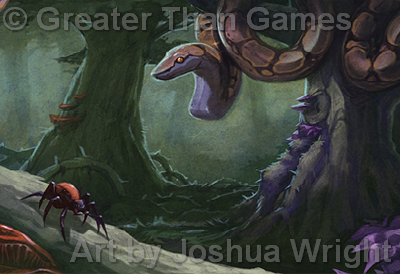 INLAND
Gather up to 2

Swallowed by the Wilderness 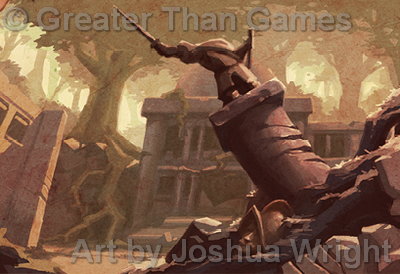 From the Spirit Panel

Most early Dahan settlements clustered along the coasts. From time to time, a handful of residents would get a distant look in their eyes and stride off into the heart of the island, no pleading or reason dissuading them from seeking some distant call only they could hear.

Many of these involuntary wanderers survived and settles together in time. This may have hastened the First Reckoning, as they relied much more on agriculture than did their fishing bretheren along the coast.

A few wanderers spoke of finding the Spirit which called them ever-further inward, in voices of wonder mingled with fear. But most never even saw it, only felt its distant beckoning.

Lure of the Deep Wilderness can in some ways be seen as a counterpart to Ocean's Hungry Grasp: it calls humans towards the deep centers of its power, in one case the depths of the ocean, in the other inland areas far from the shore. There the similarity ends: where Ocean's Hungry Grasp is an embodiment of the seas' hunger to consume the land and those who dwell upon it, Lure of the Deep Wilderness is an embodiment of nature's allure and danger intertwined: the desire to seek what lies further in, and the consequences of so doing. For the purposes of fighting the Invaders, most of those consequences are bad ones, but that is not an inextricable truth about it: wanderlust may lead to good things as well as bad.

A digression: Spirit Island generally presents Spirits in a way such that you see the sides of them best suited to the struggle against the Invaders. However, many Spirits have portions of their nature that aren't very relevant to the conflict, so they don't get much mechanical representation. For instance, A Spread of Rampant Green could (perhaps) cause *only* crops to grow abundantly, creating plenty of food for Invaders or Dahan. But the effect wouldn't be enough to support the Dahan the way that River Surges in Sunlight does, and wouldn't be especially useful against the Invaders, so it doesn't have any rules associated with it. If the Spirit doubled down and hyper-focused on that part of itself, it might be able to expand / empower / better control that crop growth enough to make it relevant - perhaps entice Invaders to change where they try to settle - but in the process, other portions of itself would be neglected and become weaker. Mechanically, this trade-off would most likely be captured in an Aspect for the Spirit. End of digression!

For its part, Lure of the Deep Wilderness likes humans, but not in a way that humans find especially comfortable. Arguably it prefers the acquisition more than the actual having (though it finds both satisfying), and while this tilt is probably a boon to those called away by waking dreams (if they survive, they're likely to break free at some point), it's still not something that makes the Dahan want to have it as a neighbor.

(There are, in the way of humans, exceptions: a scattering of families and people hope to be called on such a journey, seeing it as something of a rite of passage. Their neighbors are pretty skeptical, but hey, if it keeps Lure of the Deep Wilderness from snaring their relatives with a vision-call, they'll happily live with it. And sometimes, Lure of the Deep Wilderness will call an entire village during that village's moving-time; the Dahan tend to find this far less objectionable than individuals being lured away. Partly because it doesn't involve the painful bereavement of loved ones suddenly walking off into the jungle possibly never to return, and partly because villages called in this fashion tend to find excellent sites for their next settlement - often previously unknown ones.)

Unlike the Dahan, the Invaders have no agreements with or knowledge of the Spirits, which means from Lure of the Deep Wilderness' perspective they're entirely fair game. At first, there was no malice in its call, but as the threat the Invaders posed became clear, it began acting with more deliberation and anger.

Lure of the Deep Wilderness has several different roots. The most obvious one is "if Ocean focuses on the coast, what Spirit focuses inland?", but bits of its concept grew out of a very old playtest Spirit (called Deep Heart of the Island, which largely morphed into Serpent Slumbering Beneath the Island). It may or may not have had some origin in the desire to make a Spirit that used more than one type of token: with Jagged Earth I knew I could do that, but I can't recall my own motivations well enough to know whether I actively attempted to do so, or whether I just noticed that that it would be a good fit for this Spirit and then ran with it.

Initial concepts played fairly well pretty much right from the get-go, but development on the details and (especially) balance took a long time to iron out. From the early days, Lure of the Deep Wilderness has done a couple of key mechanical things: Gathered Explorers, and broken Towns/Cities up into Explorers (representing the fragmentation of society as individuals and small groups picked up and moved out). For a long time, it actively benefited from having Explorers hang out in its lands - usually through some sort of Energy boost - but this proved difficult to balance, fiddly to keep track of, and created feel-bad moments when it inevitably had to wipe out the Explorers. (While that feel-bad was admittedly somewhat thematically apropos for the Spirit, it was still a point against the mechanic.)

It's primarily a Spirit of Air (journeying, distance, whispers in the mind / on the breeze) + Moon (dreams, visions, transformation) + Plant (the wilderness, connection, greenery), with secondary elements of Animal (dangerous beasts) and Fire (action/motion, violence).

Rulings for Lure of the Deep Wilderness

There are no rulings at this time.