Rituals of the Destroying Flame 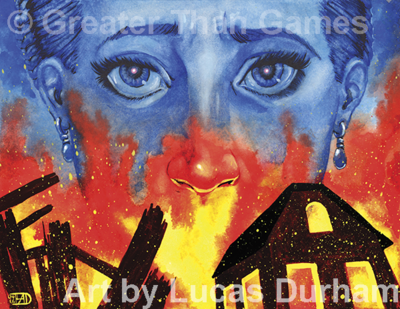 The Invaders carry some strange immunity to harm - is it magic of their own? Their disbelief in the Spirits as anything other than superstition? Or the patronage of some great Spirit, unseen and undetected? The Spirits have found a way to break that immunity - but it comes with a price.

RULE CHANGES
Invader Immunity Whenever anything would Damage or Destroy Invaders, ignore that Damage/Destruction unless either:

counterattacks, etc) any Spirit may pay the Energy. 2 Energy covers a single

counterattack, a single land affected by a main/

/token Event, or a single land affected by a Fear Card.

Any Invaders left in an illegal state because they were not destroyed (e.g., from Ocean's Hungry Grasp's "Drowning") are moved to the closest land they can legally be in.

Invaders are similarly immune to any effects which would happen instead of Damage/Destruction (e.g., Bringer of Dreams and Nightmares' "To Dream a Thousand Deaths")

and chooses a land where they have

Flame Makers are Permanent. They are not limited in quantity.
SETUP CHANGES
Get out the Scenario Markers; these are used as Flame Markers, marking lands where the Ritual of the Destroying Flame has been performed.