Deprecated: The each() function is deprecated. This message will be suppressed on further calls in /home/customer/www/spiritislandwiki.com/public_html/includes/MagicWordArray.php on line 197
 Many Minds Move as One - Spirit Island Wiki

Many Minds Move as One

. Note that you have 5 Unique Power Cards.

movement, due to its improved Push/Gather and large numbers of

Has no offense to start with, but an excellent stalling defense combined with

generation; outright Fear victories may be plausible in smaller games. Both Fear Cards and

events are unpredictable, however, so swings of fortune are apt to be more relevant than usual. 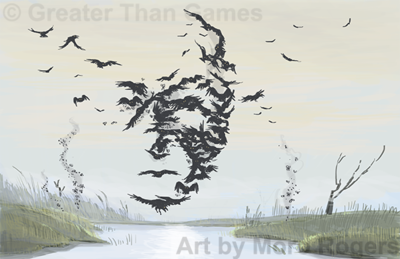 Many Minds Move as One Official FAQ Entries

When you Gather or Push

, they may come from or go to lands up to 2 distant (rather than adjacent only).

A JOINING OF SWARMS AND FLOCKS

may also count as

in a land, no matter how many

(If something changes a

will Push 2 of your

Instead, Gather up to 1

BESET AND CONFOUND THE INVADERS

(below) checks the number of

A Spirit of flocks, swarms, schools, and packs, where the whole moves together in concert to accomplish what the individuals in it could not do alone. Unlike Weaves a Web of Souls, its nature leans towards smaller and simpler creatures, and it regards other sorts of animals - including humans - as bizarrely alien in their individuality; while it will communicate with the Dahan, it has shown no ability (or inclination) to integrate them into itself.

While it is willing to sacrifice individuals to protect the whole, it is not a Spirit of sacrifice per se - that is a tactic it employs, not the essence of its nature.

On one level, a flock of birds is dozens or hundreds of individual beings: each has a separate body, a separate brain, lives or dies separately, makes its own choices, and may compete with the others over mates or food. On another level, a flock of birds is a single organism, twisting and turning in flight, mobbing predators and keeping watch, finding food and safety for its member birds as best it can.

Many Minds Move As One is a Spirit of these aggregate beings: flocks of birds, swarms of insects, schools of fish. In particular, it is a Spirit of *joined movement* towards a common cause - a single mind manifest in a multitude of bodies.

It is not attached to any single swarm or school, and indeed, maybe in-with-of many such groups at a time, each flock having a distinct single-mind formed from that particular union of animals. Of course, in keeping with its nature, those distinct hive-minds can then move in concert with each other as part of a still-greater aggregate: it has both multiple selves and a single self at the same time, reflecting the thing it is composed of. It has a very different mindset about minds than humans do - it can be a bit confusing to communicate with, particularly because it finds humans equally baffling in their monolithic isolation.

Since the Invaders arrived on Spirit Island, there have been occasional tales - usually from outlying farmers - about someone walking near the edge of the treeline who sees every single bird staring intently at them. These get laughed off - "of course the birds are watching you, you dummy, you've moving nearby!" - but there's truth to them; Many Minds Move As One has been keeping a wary eye on the Invaders since shortly after they showed up. Its instinctive caution is well-founded.

Important note: If playing as Many Minds Move as One, you start the game with these Unique Power Cards in your hand.
0

A Dreadful Tide of Scurrying Flesh 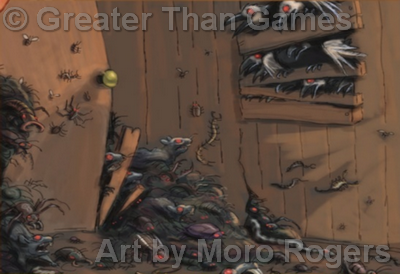 Remove up to half (round down) of

and skip one Invader Action. 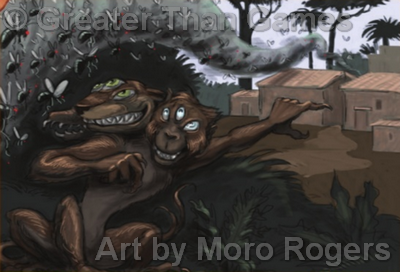 For the rest of this turn, each of target Spirit's

grants Defend 1 in its land.

Target Spirit may Push up to 1 of their 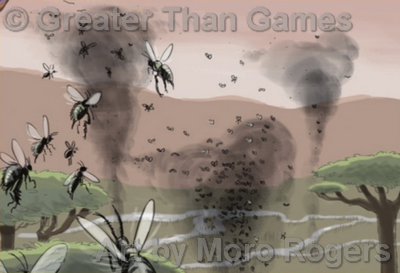 Guide the Way on Feathered Wings 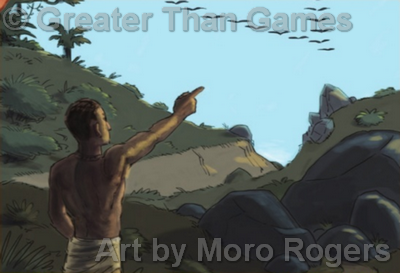 may move with it, for part or all of the way.

may move to an adjacent land and then back.)

Pursue With Scratches, Pecks, and Stings 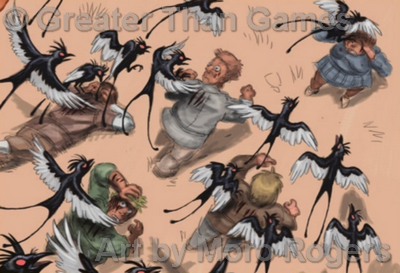 past the first, Push 1

Many Minds Move as One/jyonker13’s Opening[1]